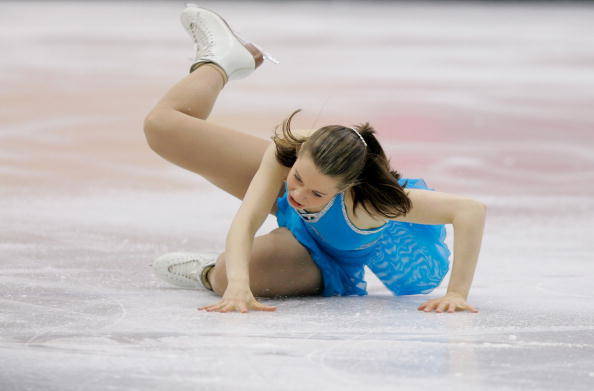 Last year I went for artificial Ice skating with my friends, in a mall in Delhi. It was supposed to be an hour session. There must have been around 50 people who would be skating. I noticed that there were people of ages from small 4-5 year old kids to adults in their 40’s, but mostly crowd consisted of college going students in early 20’s. Given its delhi which experiences no snowfall ever, I take it the experience was fairly new to almost everyone. As soon as the time started I noticed almost everyone was holding the side railing and just managing to keep themselves on two feet. Some 10 minutes later, few managed to leave railing and started skating following the instructions given by the trainer but still remained in the proximity of railing as safety and backup option. To my surprise 3-4 children were already in the center of the ring, though I could see they too were learning, but they managed to overcome any kind of fear and “jump into the pool”. They were soon joined by all kids, as I noticed sitting in pain, from one of the really bad falls which had my hands bruised badly and knees hit, and wondering if I should take break. More than 30 minutes into the time, and few mishaps down most of the people were sitting outside having had their full. There is something to be said about childhood which we tent to forget too absorbed in growing up. The main difference I realized was that the children were much more fearless and did not give up after falling once or twice and continued till they became good at it. Realizing this, I too was filled with new found belief that if those little kids can so can I. I got up even though I was in pain, stopped being the safe zone – ‘near the railing person’, increased speed. I fell again after covering a few meters, got up and did it again. Soon I was much better, pain was forgotten by elation I was feeling. I decided to complete the full round at good speed without falling, which I did before the clock ticked completion of time. There was a feeling of satisfaction inspite of the whole body aching. An important lesson revived. A day well spent. In general, I have found observing children as a good way to overcome bogged down spirits. Try it, might do you some good!

PS – Thanks vartika for the ice skating birthday treat :)

I stumbled upon sleeping nerds pics which reminded me of my sleeping (mis)adventures at microsoft research bangalore office. A story worth telling. I was working out of MS from September – January since my company HealthifyMe was part of the first batch of Microsoft Accelerator. It was my first job added with startup excitement and my passion for work I used to sleep in the office cabin itself many times. I used to go home on alternate days and many times after 2 nights. Now, many might start the controversial debate about how its against work life balance, would lead to burn out, unnecessary ‘show off’ that I am working hard etc. Yes, I have heard it all, but this post is not the place to discuss that. I was just doing what I was feeling like.

Office had shower in gym. I got my own extra clothes, bedsheet and some random confectionery (like brush, toothpaste, lotion etc) which always used to remain in my bag. So now all I wanted was a bed. Since we were business guests at Microsoft Accelerator we were not allowed in the main complex where mother’s care room was. Btw I have been there too once, thanks to Mukund Mohan. I was down with fever once and still trying to complete something, he forced me to go and sleep there, giving me his access card. So, we still have to figure out problem of bed. The bed was typical Indian ‘jugaad’ (See pics below). We had big sofas in Demo room. Since I did not like sleeping in open plus there was central AC in demo room which would freeze anyone to death. Therefore, I just picked only the cushions from big sofas took it to my favorite corner cabin and slept there oblivious to what people would think in my trance. I did not need anything else. That was my ‘Ghosla’ (hindi name for Nest) as Rohit coined it. In the morning I would dutifully keep back the cushions back as before, like a criminal cleaning scene of crime. The walk from cabin to demo room carrying cushions used to be little embracing in the starting since people gave bemused look and asked me if I did not have home, worst still if I did not have a home. But then I think they got it after seeing it happen almost daily, they were all startup people after all :) 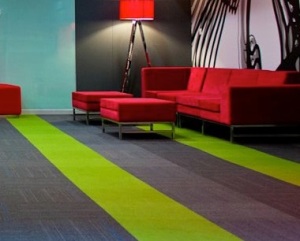 Pic 1 – (Old) Sofas with cushions in their places 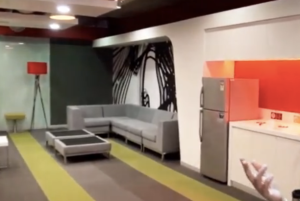 I was happy, first time away from home with new found freedom(most would not call this freedom in classic sense as I was working my ass off),but I was loving what I was doing and excited with stuff  I was being exposed to. [That calls for another post] Seeing what I was doing on daily basis, Microsoft Accelerator Team very caringly arranged sleeping bags. Still remember the end of one of the demo day practice session when Mukund was taking feedback from everyone on what they could do better to help the companies increase their efficiency, I shamelessly asked for bed :P I still laugh on my guts !

There were many funny incidents which happened :

1) Yourstory  , pretty famous tech/startup blogging site came for interview and general round of Microsoft Accelerator pretty early in the morning (9:30 am I guess, Yeah thats early for night owls like me!) I must be still sleeping that time so while Aarti was giving demo and saying what beautiful demo rooms we have, one can clearly see cushion less sofas marring the beauty :P here is link to the video (look from 0:37 sec) . Note : She even mentions sleeping bags :P :D and people sleeping in office so proudly.

2) It would be around 11 am and I must have slept at 6-7 am. That was why I was still not up but just lying in bed telling myself to wake up. I used to strategically place the cushions behind the table such that only if someone gets inside the cabin walks 2-3 steps would notice me sleeping, otherwise to outside world cabin was free and unused. So, the sales co-founder from one of the startups walks into the cabin while being on a client call ignorant to the fact that I was there too. Paced around the cabin few times and then Lo! He sees me! With terror and surprise in his eyes he stops speaking for few seconds and rushes out as if he had seen a live ghost ! No sir, I was not the ghost from movie Ring coming out of TV to eat you :D I want to apologize to you for scaring that day (if you are reading this) though that time I was laughing in splits to see him run away :D 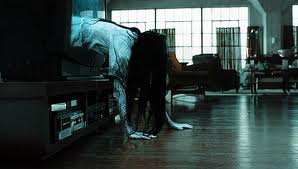 3)There was a constant office joke that when we get our own office we will have to make a sleeping room for nivedita because she just refuses to go home.

4) I once told Rohit and Ajish , my colleagues and more importantly friends from college, to wake me up in 2 hours since I had something important to finish. Just in case they don’t forget I wrote it on the table with white board marker pen as a reminder. “wake me up at 10 pm”. Following pic is what they did to wake me up : 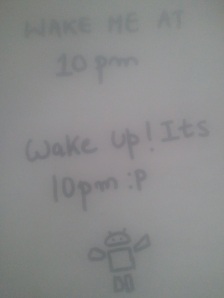 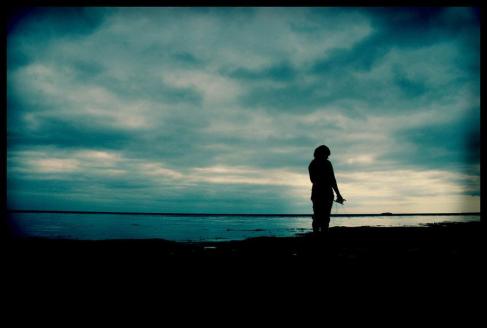 Smell of mud after the rain reminds of distant memoirs lost in pain.

PS: This poem was written in one of my most morose moods, but it served its purpose right ! :)

Blazing fireplace in its glory bright ,

bids darkness away from the line of sight.

Beyond the room I still stand still,

brooding over my silhouette on the wall.

breach is what I am scared of above all. 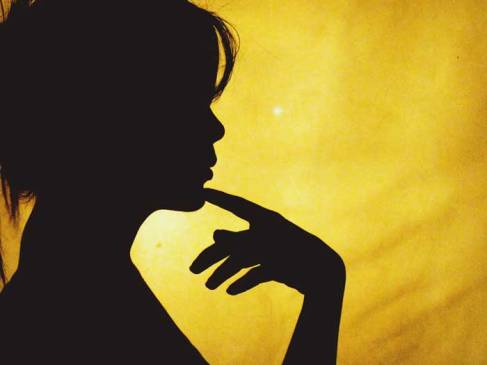 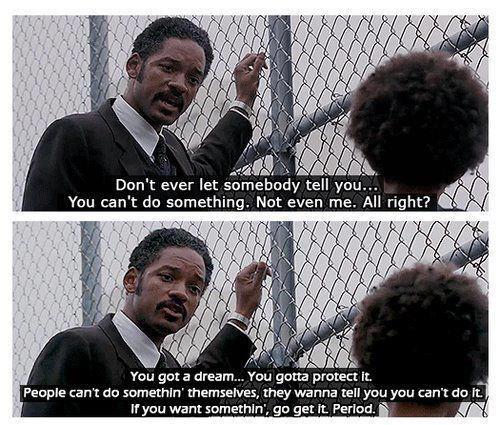 Hi I am Nivedita Arora. A Tech enthusiast and dreamer. Stay hungry stay foolish and let the dots connect backward is what I truly believe in! I am hard working and pasionate person and tend to fall dangerously in love with ideas I believe in.

Following are the reasons why I wanted to write blog :

Below is the first entry of the total two entries I ever wrote in the blogspot blog I started almost 2 years ago. When I accidentaly read it again, I found old-me speaking to future me (feels just like time -turner! ) and I couldn’t help smiling, which gives me even stronger reason as to why I want to start writing blog again. Its living memoire of the learnings, experiences, ideas and growth of individual.

“This must be some tenth attempt of mine to “start” writing my first blog post. I won’t say it was procrastination or lack of ideas to write. With the restless mind I have, I have enough to speak whole day. The true reason was, I have always had this most innate desire of making perfect startings. Belief in the fact that a grand start would lead to great journey. Lets just say I am the sort of person who believes in first impressions. More I think about this, more convincingly I have come to the conclusion that its a BIG mistake. People deserve second chance, life deserves chances or it just won’t be called LIFE. No one ever is the best at the first attempt, its the process which makes them Better (I still won’t say Best). Learning is lifelong process or LLL.There i just summed everything! So simple and clear. Still its so hard to follow. The fear of being a failure, being bad at what one tries, being laughed upon haunts me. I am trying to improve though.

I am wondering while writing all this, if I am “actually” going to post this as my first blog post? Or will I just erase it like the previous times. What happened to innumerous plans for content of  first blog post,  “why I name my blog colors of my rainbow”, “who am i”,  “why am i planning to start writing blog?”, “my beliefs in life” etc. They will all go waste? Is this actually what I wanted as first post? U know what, I somewhere know where my mistake is. I just make simple things too big and hyped in my mind that I actually focus on getting the result, thinking people would appreciate more if I get successful rather than learning from the situation. In fact  my blog could not have had a better starting that this. Its a constant reminder to me of not being afraid to try new stuff in life, being persistent at it even if i am not good at it the first time and not think what others will or will not think. I have to prove it to myself not to the world. Life is so much bigger and there is so much to learn :) “

In retrospect, I have not changed much in two years, just few more mistakes and lessons down .

3) Slide on my rainbow

Come let me walk you through my ‘rainbow’ where you will find myriad of shades from sadness to happiness , excitement to crazy decisions(which many times have been scritinized as immature), my dreams and failures (yes ! they are very important and its time I wrote about them too) 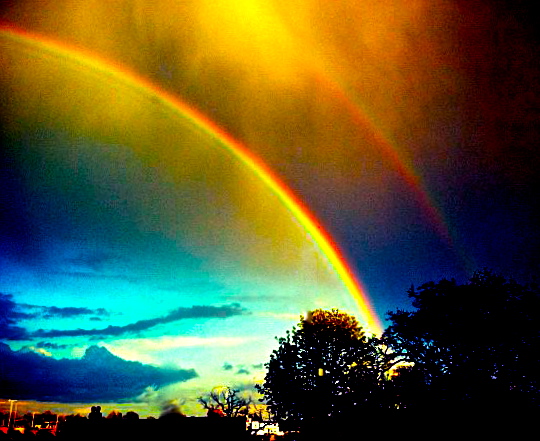